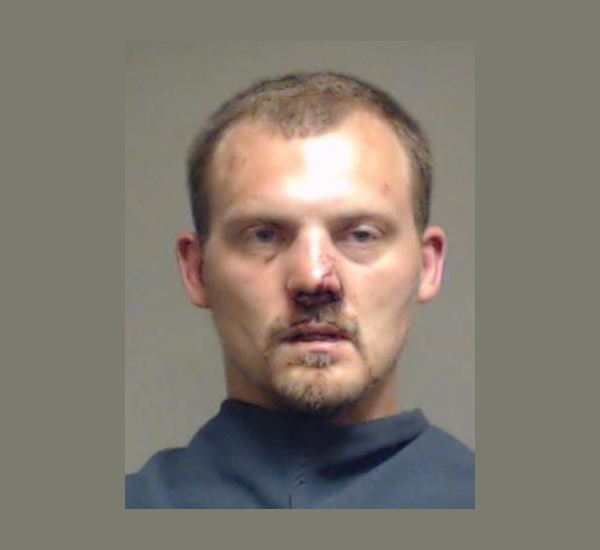 Evan Kates, 31, of Carrollton, was sentenced to 40 years in prison for three charges of Aggravated Assault against a Public Servant. "A freshly paroled violent felon shot at police officers while they were pulling over an unrelated DWI suspect. These brave officers then pursued the shooter through four cities even as he continued to fire at them. They completed their pursuit on foot, and it's only because of their bravery that he was held accountable," stated Willis after sentencing.At approximately 2:45 a.m. on Aug. 22, 2021, Officers Joseph Houdyshell and Anders Heintz with the Allen Police Department were pursuing a vehicle believed to be driven by an intoxicated driver near the intersection of Greenville Avenue and Bethany Drive. During this unrelated DWI pursuit, a male in a maroon sedan began shooting at the officers. At the time that officers began receiving fire from the maroon vehicle, officers did not know whether the driver was associated with the DWI suspect. Nevertheless, Officer Houdyshell immediately turned his attention from the DWI investigation in order to pursue the driver in the maroon vehicle. Officer Daryel Whitehead joined the pursuit. The pursuit of the shooter continued from Greenville Avenue in Allen through Fairview and McKinney on State Highway 5. Entering Melissa, the driver continued to shoot at Officers Houdyshell and Whitehead throughout the pursuit, with speeds reaching as high as 100 mph and disregarding all traffic signals.The driver ultimately crashed his vehicle in Melissa at the intersection of Fannin Road and Center Street and fled on foot. Officers from Melissa PD, Anna PD, and the Collin County Sheriff's Office arrived on scene to help set up a perimeter while Officer Heintz and his K-9 tracked the area. Officers Houdyshell and Whitehead pursued the fleeing shooter on foot and ultimately caught and arrested the driver and sole occupant of the maroon sedan, Evan Kates.Officers conducted a search of Kates' vehicle and located a Taurus handgun and magazine on the passenger floorboard, along with fired shell casings on the driver floorboard. It was later discovered through the arrest of the DWI suspect that Kates was not associated with that driver in any way.It was also discovered that at the time of this offense, Kates had been on parole for only three months from an 18-year prison sentence for Aggravated Robbery out of Denton County.Kates was sentenced to 40 years in prison.
Reply
* Reactions disabled on political threads.
What are your thoughts? Log in or sign up to comment Log in » Sign up »
Replies:

Can you imagine throwing everything you know away for prison life? Very sad!🥲
Reply
* Reactions disabled on political threads.
Post a comment »
** Would you be interested in keeping up to date with news & events going on in the Frisco area? Consider supporting an alternative social media platform for Frisco by creating an account today! (it's fast, easy, privacy focused, and free!)