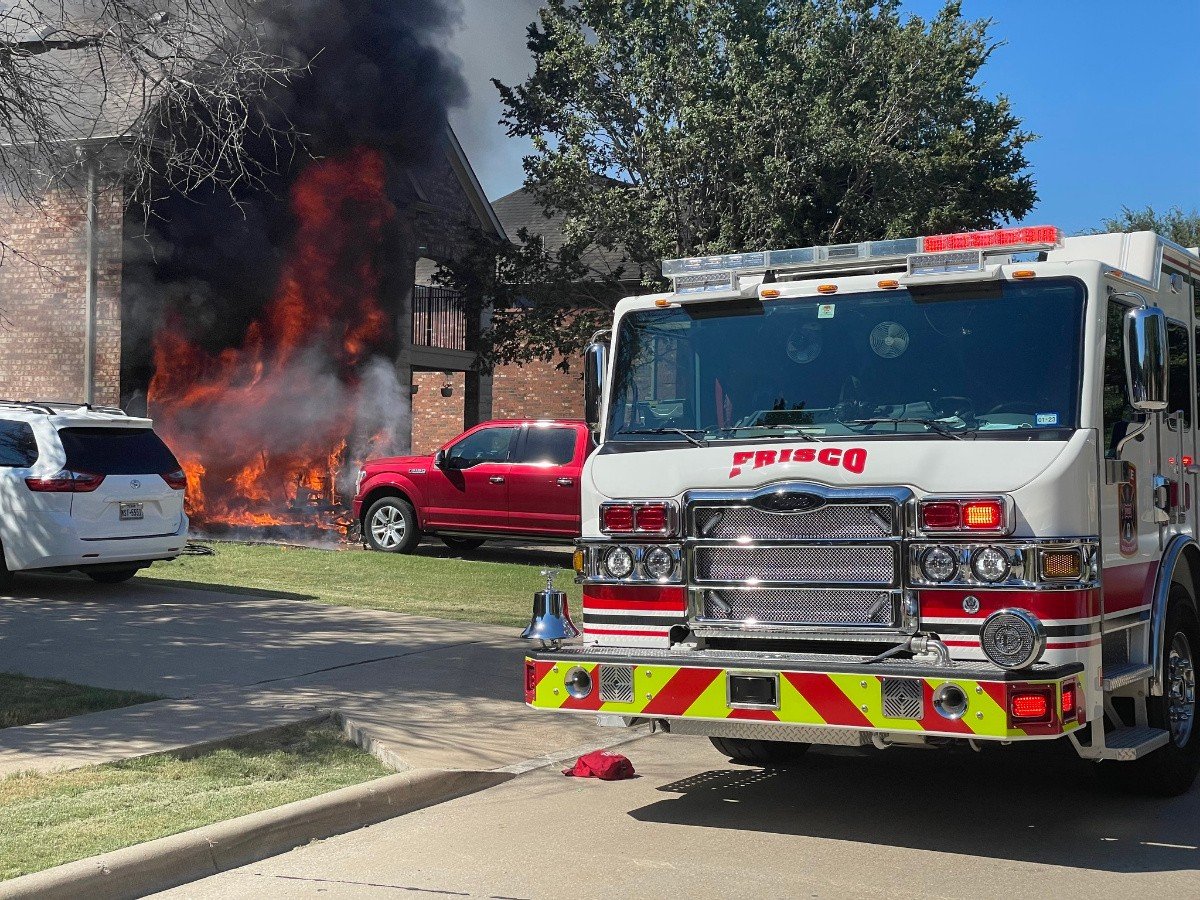 On Wednesday afternoon, the Frisco Fire Department responded to two house fires in less than two hours. No injuries were reported. The first fire occurred just after 1:30 p.m. at a residence in the 6000 block of Sundown Trail. Residents were home at the time of the fire. The fire originated in an area of the attic. Upon arrival, fire department units observed heavy smoke and flames coming from the eaves and roof of the house. The home is not able to be occupied. The fire is still under investigation.The second fire was dispatched just after 3 p.m. The fire happened in the 8000 block of Brightside Lane. The fire originated in the garage. Fire department personnel who first arrived on the scene reported heavy smoke and flames emitting from the garage. One person who lived in the house was home at the time of the fire. The home is not able to be occupied as a result of the fire. The fire started from the charging of several large lithium-ion batteries.The two fires displaced a total of seven residents. No firefighter or civilian injuries were reported during the incidents. Video from the Frisco Fire department:
Map of approximate locations: 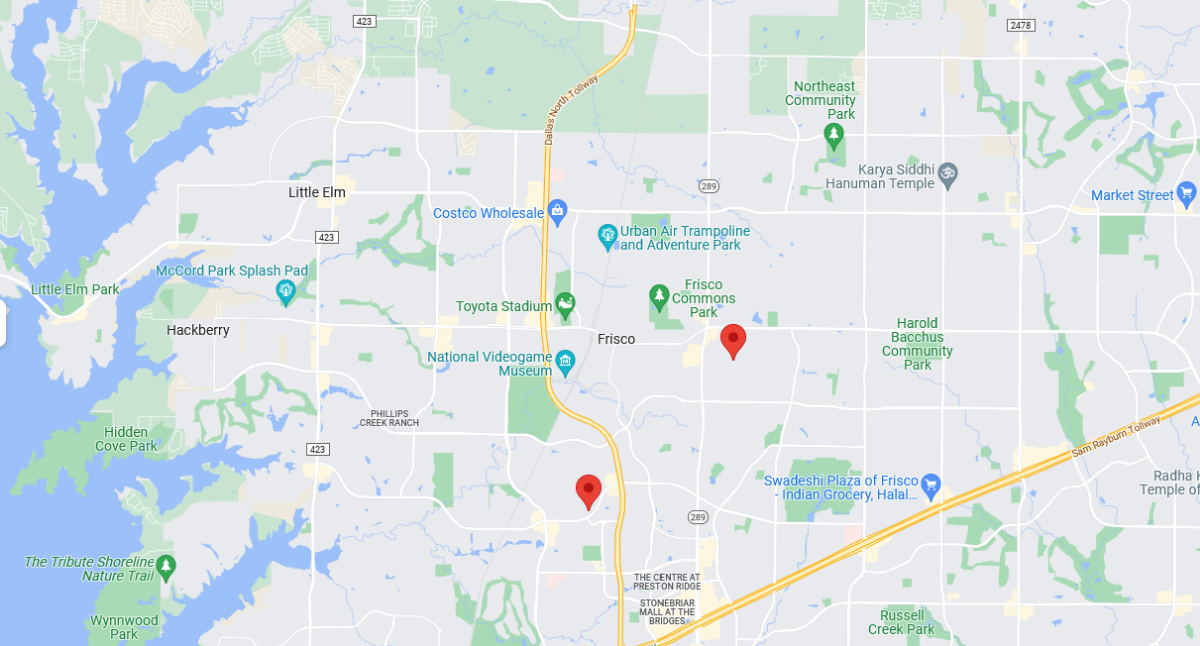 I feel so bad for the families that had to deal with the fires.
Reply
* Reactions disabled on political threads.
Post a comment »
** Would you be interested in keeping up to date with news & events going on in the Frisco area? Consider supporting an alternative social media platform for Frisco by creating an account today! (it's fast, easy, privacy focused, and free!)