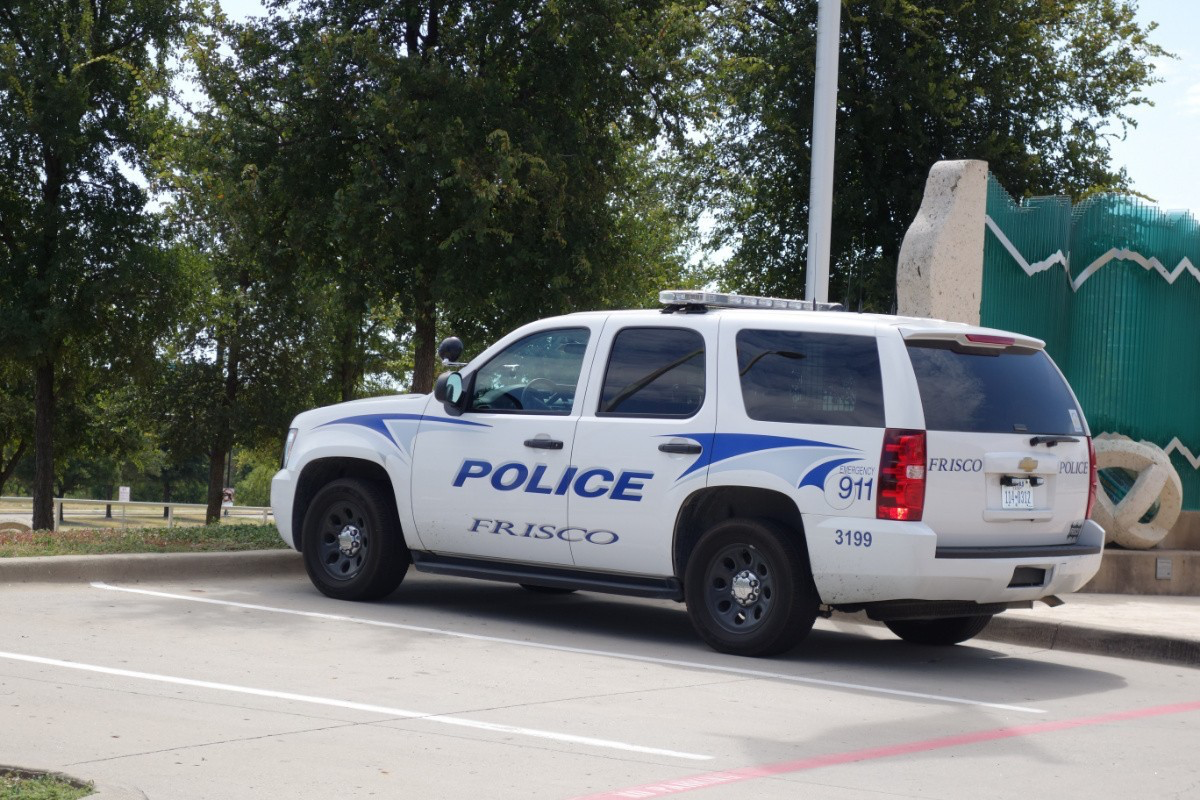 FOR IMMEDIATE RELEASE: Tuesday, November 15, 2022FOR MORE INFORMATION CONTACT:
Public Information Office
972.292.6133
fpdpio@friscotexas.gov CALLS FOR SERVICE #: 22125103, 22125647, 22125651Frisco Police Investigate Robberies, TheftFRISCO, TX – Frisco Police are investigating two robberies and one theft committed since Saturday.On Saturday, November 12th at approximately 1:23 p.m., Frisco Police Officers responded to a robbery inside the Walmart at 8555 Preston Road. The victim advised that an unknown subject stole her purse from a shopping cart while in the check-out line. The victim immediately yelled for assistance, and a Good Samaritan near the front door observed the subject running toward her with the victim’s purse. Out of instinct, she stuck her arm out and grabbed the purse from the suspect and was knocked to the floor in the process. The suspect, described as a short Hispanic male wearing a gray hoodie, blue jeans, and white shoes, continued out of the store and fled the location. The Good Samaritan, who suffered minor injuries in this incident, was able to return the purse to the victim.On Monday, November 14th at approximately 9:37 a.m., Frisco Police Officers responded to a purse-snatching in the Target parking lot at 4885 Eldorado Parkway. The victim advised that she was loading purchases into her car when a pickup pulled up next to her. She stated that a subject exited from the passenger side, grabbed her purse out of a shopping cart, and got back in the truck which then sped away. The victim described the suspect as a white male, wearing a hoodie, ballcap or beanie, and dark puffy vest, and stated that the truck was a lifted dark gray Ford F250 with black wheels and chrome running boards.Approximately six minutes after the incident at Target was reported, Frisco Dispatch received a call of a robbery in the H-E-B parking lot located at 4800 Main Street. The reporting party advised that an unknown subject attempted to grab a woman’s purse. As a result of it being looped around her neck, he ended up pulling her to the ground. The suspect, a white male wearing an orange shirt, blue jacket, and black shorts, then fled the location in a dark gray truck with black wheels. The driver of the suspect vehicle could only be described as a white male wearing sunglasses. The 71-year-old victim in this incident suffered a bruised neck and laceration to her hand.At this time, it is believed that the Walmart incident is isolated, while the Target and H-E-B incidents appear related.“Unfortunately, these incidents provide a sobering reminder that criminals are looking to prey on innocent victims in our city, especially as we get closer to the holidays,” said Frisco Police Chief David Shilson. “I would like to encourage all our residents to remain vigilant, and don’t hesitate to call us if you see something suspicious.”Anyone with information regarding these incidents is requested to contact the Frisco Police Department at (972) 292-6010. Tips can also be submitted anonymously by texting FRISCOPD and the tip to 847411 (tip411) or by downloading the Frisco PD app.
Reply
* Reactions disabled on political threads.
What are your thoughts? Log in or sign up to comment Log in » Sign up »
Replies:

God bless that woman who helped get the purse back. May your good deeds bring you and your famly good health also may your holiday session be filled with joy and happiness.
Reply
* Reactions disabled on political threads.

It was inevitable, but it is so sad, that crime is increasing in Frisco.
Reply
* Reactions disabled on political threads.
Post a comment »
** Would you be interested in keeping up to date with news & events going on in the Frisco area? Consider supporting an alternative social media platform for Frisco by creating an account today! (it's fast, easy, privacy focused, and free!)