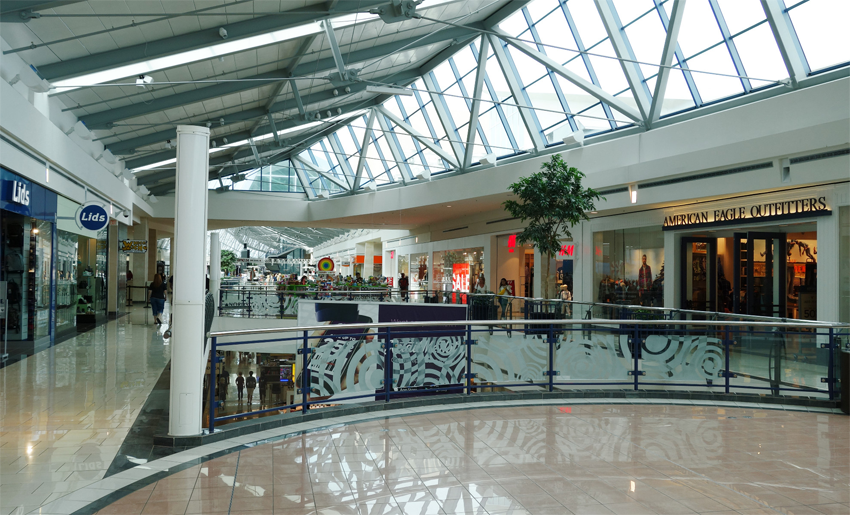 Stonebriar Centre is Frisco's upscale mall located at the intersection of Preston Road and State Highway 121.

Facts about the Frisco Mall:

Visit the mall's web site at:

In the 1980s Frisco government leaders realized they needed an economic engine, something that attracted not only people, but money. They decided there was no greater economic driver in North Texas than a shopping mall. In 1988, Jerry Rosenholtz of Homart, the parent company of Sears, planned on putting a million square foot mall in Frisco, a town of about 6,000 people.

When Plano learned of Homart's plan they offered $10 million if the company would move its planned mall across the road into their city limits. Frisco battled to keep the planned mall and was able to work out tax incentives to close the deal. Plano then convinced another company, General Growth Properties, to place a mall within their city limits. In 1995, General Growth Properties bought Homart which already had a signed agreement with Frisco.[4] Frisco made a final offer to General Growth Properties of a half-cent sales tax rebate, property tax abatement for ten years, and infrustructure improvements in and around the mall. Plano continued to fight for the mall and Frisco eventually had to up its sales-tax grant. Frisco finally won the fight and on August 4, 2000 the 1,600,000-square-foot (150,000 m2) mall opened.